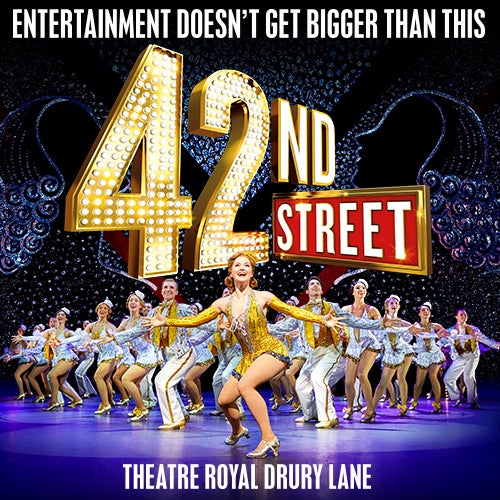 A song and dance musical sensation, 42nd Street is the American dream fable of Broadway, the understudy thrust into the limelight during the sudden indisposition of the leading lady. Young Peggy Sawyer is just another face in the chorus – but her wildest dreams could be a reality far more quickly than she ever imagined. Stars are made overnight on Broadway…

Featuring the iconic songs We’re In The Money, Lullaby of Broadway, Shuffle Off To Buffalo, I Only Have Eyes For You and the toe-tapping title number, 42nd Street is the big Broadway musical the West End has been waiting for. Directed by co-author of the book and director of the 2001 Tony Award-winning revival Mark Bramble, 42nd Street will lift your spirits and have you leaving the theatre on cloud nine.