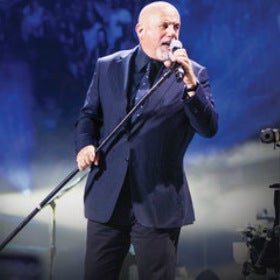 Six-time Grammy award winner Billy Joel is without a doubt a more than significant part of pop music's history, having been responsible for a number of top ten hits from the '70s through to the '90s and still ranking as the sixth best selling artist in the US. Billy Joel's career has spanned every degree of greatness since its beginnings with 'Piano Man' in 1973 up until his induction into the Rock and Roll Hall of Fame in 1999. Although having ceased to record, he still writes classical music and performs live, still touring on occasion.