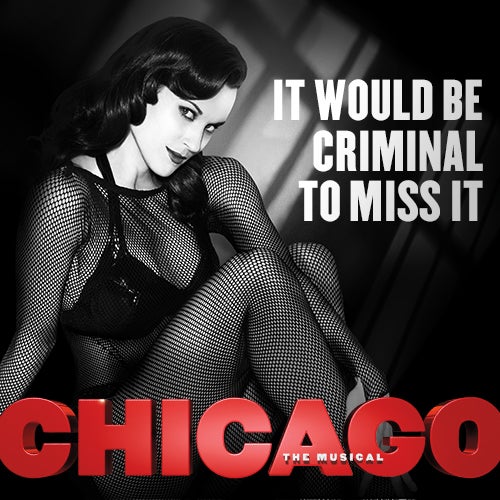 Chicago is 21 and bringing the real razzle-dazzle back to London! Winner of six Tony Awards, two Olivier Awards and a Grammy, the sexiest, sassiest, most sophisticated Broadway musical in history is now celebrating 21 incredible years of standing ovations.

The dazzling multi-award-winning prohibition-era tale of nightclub singer Roxie Hart, her cell-block rival Velma Kelly and the smooth-talking lawyer Billy Flynn has thrilled audiences in London, Broadway and across the world from Mexico City to Moscow, from Sao Paulo to South Africa since 1996.

With red-hot choreography by Ann Reinking in the style of Bob Fosse and a sizzling score featuring the classic songs “Razzle Dazzle”, “Cell Block Tango” and “All That Jazz”, Chicago is so good it should be illegal.