Death of a Salesman billetter 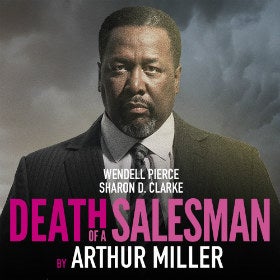 Following a sold out run at the Young Vic theatre, the smash hit, critically acclaimed production of Death of a Salesman transfers to the Piccadilly Theatre for 10 weeks only.
"I don't say he's a great man…but he's a human being, and a terrible thing is happening to him. So attention must be paid. He's not to be allowed to fall in his grave like an old dog. Attention, attention must finally be paid to such a person."

Beklager, vi har ikke billetter til Death of a Salesman i salg i øjeblikket.