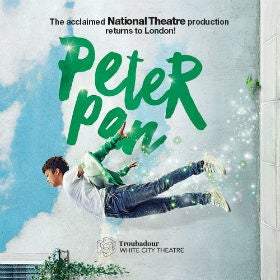 Packed with puppetry and enough theatrical magic to enchant both young and old alike, our spellbinding reinvention of Peter Pan is back.

For the wounded soldiers of World War One, imagination is their only escape. Yet as they’re transported to the fantastical lagoons and pirate ships of Never Land, allegories of the war they’ve left behind are ever present.

George Llewelyn Davies, later killed in action in 1915, was one of the children who inspired J. M. Barrie to create the iconic character of Peter Pan. Remembering him, and a generation of Lost Boys, Timothy Sheader and Liam Steel’s “stunning, moving, definitive production is not to be missed” (Time Out).