Queen: We Will Rock You billetter 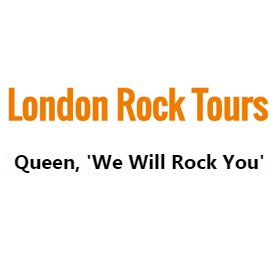 Over 40 Years of Regal Rock! Queen still rule! Over forty-years from their foundation the band are being discovered by yet another generation who have seen the Oscar-winning, ‘Bohemian Rhapsody’ bio-pic starring Rami Malek, and their popularity with original fans is undiminished.

Queen are a London band. Formed here, cut their teeth here, recorded their music here, played their seminal gigs here, lived, partied and in Freddie’s case, died here. Our memorable tour focuses on landmark sites and locations in the band’s history. It’s a real life journey through the ‘Bohemian Rhapsody’ film. Of all our tours, this one probably takes you through the prettiest and wealthiest of London’s neighbourhoods, and following their journey from college kids to ascending rock royalty’s throne. Fittingly, this takes us past a lot of London’s real royal sites like Kensington Palace and Buckingham Palace.

You’ll see the university where the band was formed; the two studios where they most recorded; band member’s homes, including the house in Kensington where Freddie lived and died – 28 years ago this year and visit famed gigs sites like Hyde Park and The Royal Albert Hall. You ‘ll also see locations where some of the great videos were shot and see the site of the last ever Queen performance.

Queen: We Will Rock You datoer og billetter

Beklager, vi har ikke billetter til Queen: We Will Rock You i salg i øjeblikket.