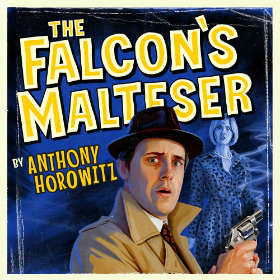 Do not miss this acclaimed stage version of Anthony Horowitz’s hilarious novel introducing the Diamond Brothers Detective Agency. Tim is the world’s worst private investigator, so can the help of his clever younger brother Nick be enough to crack their toughest case yet?

A solitary box of Maltesers is delivered by a miniature Mexican, but what’s so special about these chocolates that half of London criminal underworld are willing to kill for them?

Beklager, vi har ikke billetter til The Falcon's Malteser i salg i øjeblikket.