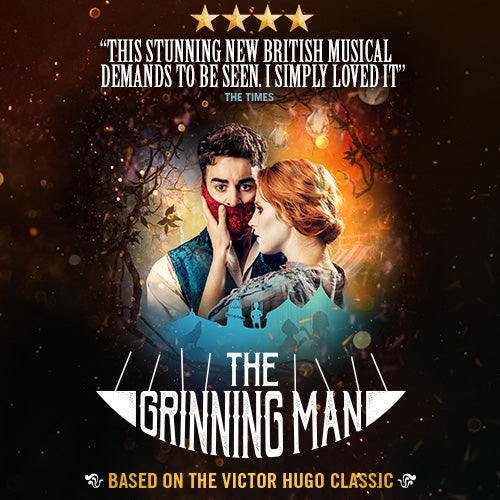 Following its hugely successful premiere at Bristol Old Vic where it received nightly standing ovations, the critically acclaimed new musical The Grinning Man transfers to the West End for a limited season only.

A strange new act has arrived at the fairground. Who is Grinpayne and how did he get his hideous smile? Paraded as a freak, then celebrated as a star, only the love of a sightless girl can reveal his terrible secret.

Set in a fantastical world created by designer Jon Bausor (Bat Out of Hell), and brought to life with the visually stunning puppetry of Gyre & Gimble, the original War Horse puppeteers, The Grinning Man invites you to be seduced by the darkness from 6 December.

Beklager, vi har ikke billetter til The Grinning Man i salg i øjeblikket.