The Marriage of Figaro billetter 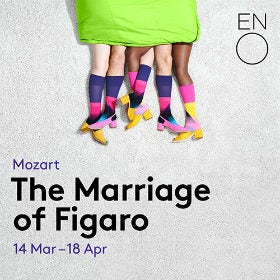 As the day of Figaro and Susanna’s wedding arrives, it becomes clear that their master, Count Almaviva, is hell-bent on seducing Susanna before the ceremony can take place. Susanna and Figaro conspire with the forsaken Countess to outwit her husband and teach him a lesson in fidelity. But when the teenage Cherubino involves himself in their plans, relationships become severely strained through a series of ever-more confusing twists and turns.